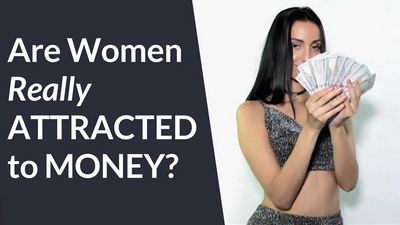 The answer is no. However, the reality is that financial stability is extremely important to women. So, as a man you have to understand that yes, she is looking for your ability to not just simply provide.

Because there are a lot of women out there in this day and age whether we agree with this mentality or not, who don’t care about the whole the man has to be the provider.https://www.dailymotion.com/video/x7m64h3 Who is more than willing to split the bills with you even though, if you’ve seen my previous video I’m not for this whole splitting bills, but that’s a whole another video. But there’s women who’s cool with that, they’re okay with even taking on the financial load to a certain extent.

But the reality is that no woman wants a man who’s a financial burden. See, so you have to differentiate the two because I see too many men getting so caught up in this idea that women only want men with money, that you have to be rich and all these things. No, you don’t just have to be rich, but you need to be stable, first and foremost, be stable.

Now, listen, rich is always nice and rich is going to always work in your favor. But I don’t want you to be discouraged or get caught up in focusing on that to where now you lack confident or you start to think that these women are just money hungry, when that’s not what’s really what’s going on. So, again, you’ve got to be stable, number one.

Number two, you have to know how to handle your money. So many men out there in reality can still make decent money but are still broke, all right. And they’re broke because they do not know how to manage their finances. Which is why in a lot of households when people do get married, you see that the finances get switched over to the wife.

Now, that can be a resolution when it comes to that relationship. However, as a man you have to be wise enough or you should be willing to learn on how to better manage your money so again, that you’re not a financial liability to any woman in a relationship. Also, you have to understand that in managing your money it’s not when you now get with this woman, it’s not going to be just your money, it’s you and her money coming together.

And so, again, you just have to really learn how to be responsible and not be someone that she has to look over her shoulder and be worried about you spending money frivolously, putting money in places that it should not go into. Causing problems or allowing the household to have to suffer due to your bad decisions, all right. So, you have to understand that and embrace that.

But now, let’s switch sides for a second, not switch sides, but let’s just take it to another level and talk about the women who actually are very focused on money. Now, let me say this real quick. I don’t believe anyone should make money the forefront of why they get into a relationship, all right. 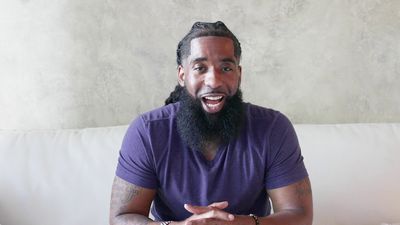 The problem is not in desiring those things, the problem is when we put it at the top of the list when we’re willing to ignore everything else about that individual because they have money. Because they look so good, now, we’ve fallen into the trap. Now, we’re taking the wrong steps and we’re setting ourselves up for failure every single time. So, there’s nothing wrong with a woman putting value on a man’s finances.

Neither is wrong in their desires, people have their preferences, we should respect that, it’s all good. But do not allow yourself to then start to believe that it’s all about the money. It’s not all about the money, because the other thing that you have to consider is do you have anything to balance your financial position in life?

What I mean by that is this. So, let’s say you’re broke, let’s say you have no money. Now, I’m a firm believer that broke men can get women too.

There are plenty of broke men right now sleeping on some woman’s couch, living it up with a woman and if she left them, would have another woman doing the same for him. So, it’s not that a broke man can’t get a woman, but in your specific case you have to ask yourself what else do I bring to the table if I’m not in a great financial position? You cannot expect for a woman to want to be with you when you’re broke, you don’t take care of yourself, you don’t have any ambition.

There’s so many things lacking that make you an undesirable candidate. But then, your mind goes straight to it’s the money, it’s the money. If I had money it’d be different, yes, it’d be different, but you still wouldn’t get the quality relationship you desire and deserve. Because you have to focus on, making yourself a well-rounded individual. And this same principle applies to women, but in this specific video, I’m speaking more to the guys on this.

Be that man that can be relied upon that if you have to go out there and make some things happen you can do that. Or at least, you’re going to put forth the effort to do that. So, all that to say again, when it comes to the question, do women only want men with money? No, they don’t. But yes, a lot of women do value it, it’s understandable.

Financial stability is important. I do think that… I tell women all the time, it’s not their job to raise a man. It’s not their job to make him into a man and I stand by that. However, I think the one exception to where a woman can embrace a man who’s not well financially, is the man who has the character that needs to be in place to make something of himself.

So, if he is working towards something, if he is showing ambition, if he’s showing he’s not just lazy and he can put forth the effort necessary even if things aren’t completely falling into place right now, then that’s a guy that can be worked with, that’s a guy that can be embraced. But if you are a man who is not even doing that, who doesn’t even have that foundation in place, then that needs to be your focus not even the money. Get the character in place, get the work ethic in place, get your focus on the right track, and watch how things start to change.